So, I have two new series to announce this time. I’m sure most of you will have already seen it on twitter/JNC’s stream, but regardless.

Yamai Zenjirou is your everyday office worker in modern Japan. One morning, he suddenly finds himself summoned to a tropical world where dinosaurs roam the land. He is told that this is the kingdom of Capua and the person who summoned him – its monarch, Queen Aura – wants him to marry her and leave his old life behind for a life of carefree extravagance as her prince consort. The reasons for her offer are many and varied, but she needs an heir, and she wants him to be the one to provide it! If he accepts, he’ll never have to work again, lazing around in luxury with no worries other than securing the kingdom its next monarch. Certainly, sleeping with the buxom beauty is far from a hardship, but is everything really as it seems? He’ll also need to give up everything he knows on Earth. Is he ready to drop it all at a moment’s notice for her sake? And how well will he be able to navigate the politics, people and culture of this new world if he does?

The first two parts are available on J-Novel Club now for prepub reading, with the full release next year.

Kazuhiro Kitase’s main hobby is sleeping. Ever since he was young, he would enter a world within his dreams and go on exciting adventures. As he grew older, he became acquainted with a female Elf and the two have now been united through a Dragon’s brand! As he wakes up one day, he notices a familiar figure sleeping next to him…the Elf girl from his dreams?! Join Kazuhiro on his new adventures through Japan with the lovely Ms. Elf!

The first chapter should be going up next week. It’s a super cute series and one I almost started working on the LN version ‘back in the day’. Go ahead and give it a read when it comes out!

Who knows when the next announcements will be, but look forward to it :p

So, it’s been a while since I’ve posted here, mostly because just putting a post for each volume releasing seemed kinda silly. But it’s now complete, so I’ll post them all at once. I really enjoyed working on the series, and I hope some of you at least feel like checking it out.

I don’t have anything to announce at the moment, but when I do I’ll post any new series you can expect to see me working on here. I’m also considering making a portfolio site at some point like the ‘big boy’ translators, and I’ll post that here too if I do so.

It’s finally time! The series is now up on J-Novel Club. Here’s the link.

It’s written by Sakaki, who you might know as the writer of: Outbreak Company, Chaika, and so on. (He’s actually written a lot.)

I’ve been really enjoying this, the comedy’s good, and the characters play off each other really nicely. So far most of it hasn’t taken itself too seriously, but we’ll see where it goes, eh?

I hope you all enjoy it as much as I’ve enjoyed working on it so far!

(Also, if you want IseCafé licensed, please go vote on its suggestion thread, and if you’re feeling really generous, go put some comments about exactly what you like about it. A character introduction on the thread might be particularly nice to have for getting people interested.)

END_OF_DOCUMENT_TOKEN_TO_BE_REPLACED

Announcement about the Future

Hi everyone, it’s been a considerable amount of time since I’ve posted here, this was at first mostly just the nebulous ‘real life’ getting in the way, but more recently there’s been another reason. That other reason unfortunately (in some ways at least) means that I’ll no longer be fan translating again:

I recently got the opportunity to translate a series for J-Novel Club, and so will be stopping any fan TL that was ongoing, along with deleting everything that’s currently here in the next fortnight.

It’s saddening to see it all go, and indeed so much go unfinished, but taking the step into legitimacy is worth it in my eyes. On the bright side though, it’s because of all of you that I was able to keep up fan translating for so long, to enjoy it, and to finally get good enough that I could go official, so you all have my gratitude for that.

This site itself will stay up, but the content posted on it (probably even more rarely in general beyond generic announcements of parts going live or ebooks going on sale) won’t be fan translations anymore.

As a final note before I sign off, I managed to convince someone going by the name of BaKassaK to do some fanart of IseCafé, and I’m posting that below: 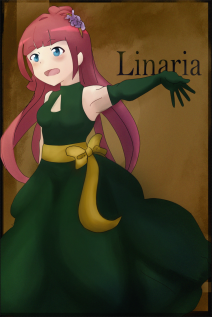 She does commissions and has the account CassaC#8940 on discord and you can find her on my server here.